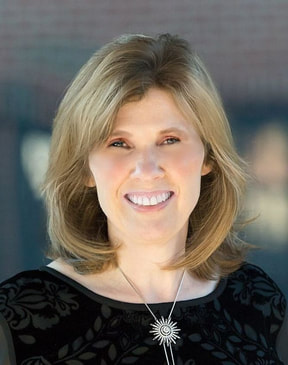 Susan C. Fritts- Wind Ensemble/SymphonicBand/Flute Ensemble/Flute Instructor
Ms. Fritts is a native of  Lexington, NC.  She studied  Music Education Major at UNC-Greensboro, with flute and conducting as her primary areas of study.   She graduated with a Bachelor's Music Instrumental Education K-12 Degree in 1993.    She taught Middle and Elementary School band in the Wake County Public School system from 1993-2001.  In 2001, she started her own business , Fritts Flute Studio.  Ms. Fritts has had many students compete successfully at many competitions, including All District Band, All State Band, and Raleigh Area Flute Competitions. Several have gone on to become music majors at prestigious Universities and Conservatories, including Julliard School of Music.  She currently serves as the North Carolina Bandmasters' All State Middle School Auditions Chairperson.    Since coming to STS in 2010, the band program has grown from 29 students to 80 under her direction.  During the past five years she has established the STS After School Private Lesson Program,  Jazz Band Ensemble, Percussion Ensemble,  Flute Ensemble, and a Clinician Program for the STS Band Students.  Ms. Fritts teaches Concert Band, Flute Ensemble, and Flute Lessons at STS.  She is
is also the Assistant Director for the Mills Park Middle School Band in Cary, NC. 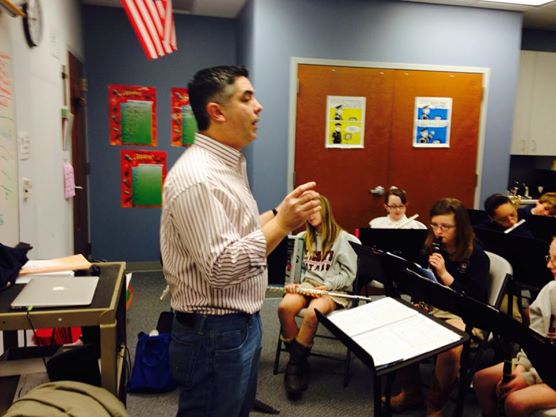 Tony R. Powell-Beginning Band Instructor
​Tony R. Powell, a National Board Certified Teacher and North Carolina Teaching Fellow, has been teaching in the Wake County Public School System since 2004.  Originally from Roanoke Rapids, North Carolina, Mr. Powell began playing the trombone at the age of ten.  While in high school, he attended the Governor's School of North Carolina in instrumental music and was selected for the National Band Association Honor Band.  He received the bachelor of music degree in music education from Appalachian State University, where he studied trombone with Dr. Harold McKinney.  Mr. Powell earned the master of music degree in conducting from the University of Alabama, under the tutelage of Dr. Gerald Welker.  He has been teaching in the public schools since 1994, and his bands have consistently earned superior and excellent ratings at both concert and marching festivals.  Mr. Powell was named Mills Park Middle School Teacher of the Year in 2012.

In addition to his teaching responsibilities, Mr. Powell enjoys composing, arranging, and designing drill for bands in North Carolina and Virginia.  He serves frequently as a guest conductor, clinician, and adjudicator.  He is a member of the National Association for Music Education, the National Band Association, and Phi Mu Alpha Sinfonia.  Mr. Powell is an active member and assistant choir director in his church.  He lives in north Raleigh with his wife, Joy, and their three children:  Cameron, Christopher, and Mollie. 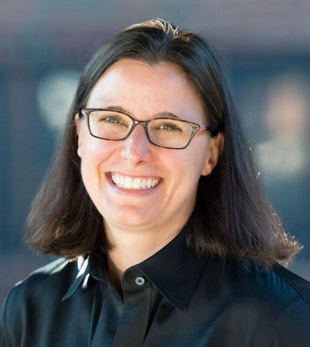 Krista, a native of Raleigh, began playing percussion at age nine. Now as a professional she maintains a full studio of private students and performs as a freelance musician throughout North Carolina. She is a regular member of the Triangle Wind Ensemble and has subbed for many other local organizations including The Durham Symphony, The Raleigh Symphony, and The Fayetteville Symphony.
Krista regularly coaches percussionists at local middle and high schools. She often serves as a percussion ensemble director or marching band instructor during the school year.
Krista attended Appalachian State University under a full scholarship and graduated Summa Cum Laude with a B.A. in Music Performance and a minor in Business. She studied under Dr. Rob Falvo, a graduate of the The Manhattan School of Music, and W. Arnold Sykes. In 2001 Krista won the Concerto Competition Winner for the Hayes School of Music and was later invited to perform in the Honors Recital Series in 2002. During her time Krista also played double seconds, tenor, and bass pans in the Steely Pan Steel Band, an advanced touring steel pan ensemble.
After college Krista worked for various arts organizations including The Boston Symphony Orchestra, Columbia Artists Management, Lincoln Center, and The Kennedy Center for the Performing Arts. While working for these organizations she continued to perform professionally in venues such as The Kennedy Center, the Rachel M. Schlesinger Arts Center, the Wooly Mammoth Arts Center, Meymandi Concert hall, Duke Chapel, and many others. 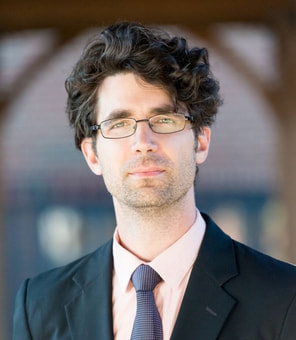 
Born and raised in North Carolina, Andy Kleindienst is a professional trombonist and electric bassist specializing in jazz, classical, and Latin American musical styles. He holds a Master of Music in jazz performance from Mason Gross School of the Arts at Rutgers University and a Bachelor of Music in trombone performance from the University of North Carolina at Chapel Hill. His primary trombone teachers have included Conrad Herwig, Mike Kris, and Mitch Butler. He has also studied with Ralph Bowen, Jim Ketch, Bill O’Connell, Stephen Anderson, and Kenny Davis.
Since 2005, Andy has contributed to the vibrant and growing music scene in central North Carolina as an active performer, educator, and composer/arranger. Since 2007 Andy has been the co-director for Orquesta GarDel and in 2011 the band released the Triangle’s first album of original timba music entitled Lo Que Tu Querias. As a member of the John Brown Jazz Big Band, Andy has had the opportunity to play with many local and international jazz artists including Terrance Blanchard and Jon Faddis and can be heard on the band’s 2013 album Christmas with Nnenna Freelon. Having eclectic musical tastes, Andy can be heard on more than a dozen other albums from hip-hop groups like The Beast and Zo! to Americana and folk groups like Lizzy Ross Band and The Gravy Boys to world music groups like Tim Smith Band. In 2014 he performed Andrea Clearfield’s composition The Long Bright with the Women’s Voices Chorus at Hill Hall Auditorium. Since 2009 he has been the bassist for the Guillo Carias Trio, which focuses on the American Songbook as well as the traditional Dominican musical canon. In 2011 he toured nationally with the Michael Jackson tribute band Who’s Bad. He has also had the opportunity to play with Aretha Franklin, Franki Valli, The Temptations, and Tito Gomez.
As an educator, Andy maintains an active private studio comprised of brass and electric bass students of all ages from across the Triangle, he given masterclasses and clinics at high school and middle schools across the Triangle, he has taught Latin Jazz Ensembles and Improvisation classes at the Durham Jazz Workshop, and has been a lecturer at UNC Chapel Hill (Charanga Carolina, 2011-2012, 2014-2015) and Rutgers University (“Survey of Jazz Styles”, Jazz Chamber Ensemble Director, 2014). Andy has also toured North Carolina numerous times with the John Brown Little Big Band as a part of the cARTwheels educational program sponsored by the NC Arts Council.
Andy currently lives in Rougemont, NC where he is an occasional farmer on his sister and brother-in-law’s farm.